A significant 1.2 hectares of grassland is set to be cleared under Development Victoria’s current proposal for “Section G” of Cairnlea in Brimbank. The three patches of grassland have good stands of Kangaroo Grass and include known populations of the critically endangered Striped Legless Lizard. The patches are part of the eco-corridor along Jones Creek, which connects a chain of significant grasslands from the large Iramoo Grassland to the highly significant St Albans Railway Reserve.

Absurdly, current State provisions do not allow the translocation of Striped Legless Lizard. That means that if this site is developed, these precious reptiles will be crushed by the bulldozers.

Development Victoria describes itself as the Victorian Government’s development arm, and it claims to create great homes and communities. It is hard to see how destroying some of our last remaining grassland fits into that vision.

The Grassy Plains Network recently made a submission to the Government Land Standing Advisory Commission to oppose Development Victoria’s push to rezone the land for comprehensive development. We argued that the proposal was poor planning because:

How you can help

We have no email actions running at this stage. But keep up to date, join our mailing list, and check out our Facebook page for latest news. 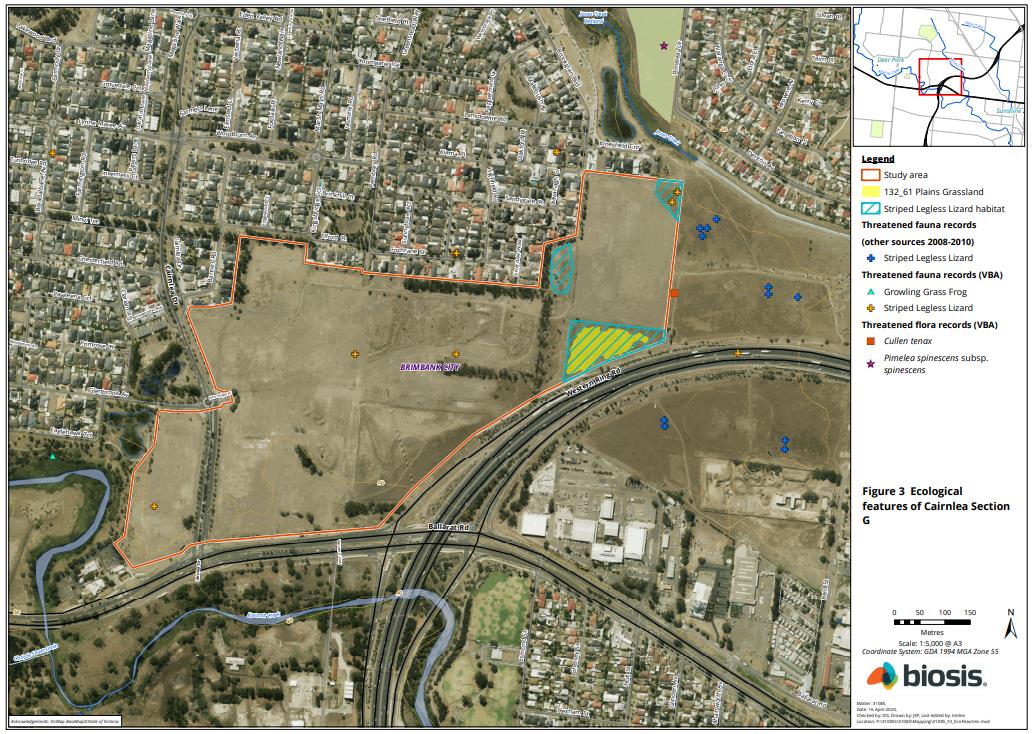