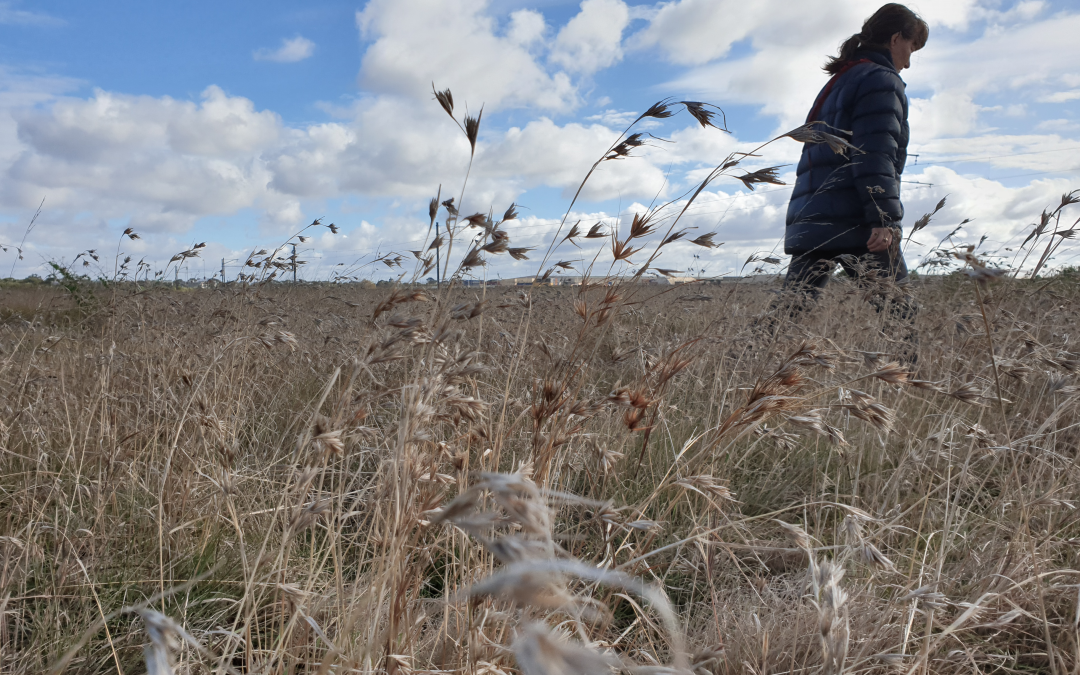 GPN and residents helped secure some ongoing protection of Ajax Road Grassland at Hobsons Bay Tuesday 22 June with councillors rejecting a subdivision on grounds it asked for needless removal of 35 hectares of native vegetation. Councillors Matt Tyler, Peter Hemphill and Pamela Sutton-Legaud stood up for the environment, local values and sustainable development when they unanimously voted down the planning application.

In moving the motion to reject, Cr Matt Tyler said that the site has not been protected over the past two decades. Those years of neglect have taken their toll, with some patches very weedy, and much former grassland lost through dumping of soil from the construction of Crown Casino in the early 1990s.

The grassland at 37–45 Ajax Rd, Altona, lies just inland from the Laverton Creek Estuary and Truganina Swamp – a BioSite of State Significance – on industrial-zoned land south of the Werribee train line and on both sides of the Altona train line. Thick with Kangaroo Grass and with a large population of almost 500 critically endangered Spiny Rice Flowers as well as Arching Flax Lily, the grassland has intact rocky substrate likely home to Striped Legless Lizards. Unusual salt-tolerant Themeda occurs where the grassland grades into brackish wetland.

GPN members Andrew Booth and Bonnie Gelman spoke eloquently of the West’s loss of grasslands and their contribution to the character and biodiversity of Hobsons Bay, while Ash Ellawalla and Denise Gaudi represented almost 100 local resident objectors. GPN argued the need for Environmental Significance Overlays (ESOs) to ensure ongoing protection of the chain of grasslands that extends through the Hobsons Bay area. Such ESOs are recommended by Hobsons Bay’s current (2017–2022) Biodiversity Strategy but are yet to be implemented.

The nearby municipality of Brimbank was diligent in successfully implementing ESOs on public and private land in the 1990s and stands as a model for grassland protection within greater Melbourne. Now is the time for Hobsons Bay to seize its moment. Ajax Road Grassland is not yet safe, with a challenge to Council’s decision at VCAT, or further planning applications, likely.

The rejected planning application included a potential on-site offset to retain the grassland immediately north of Truganina Swamp. A standoff between the applicant and council over management costs added uncertainty to the future security of the offset. Interestingly, the offset site will be subject to future inundation from sea level rise, with the grassland likely to shift towards saline wetland well before the end of the century.